How to make your Android phone much quicker 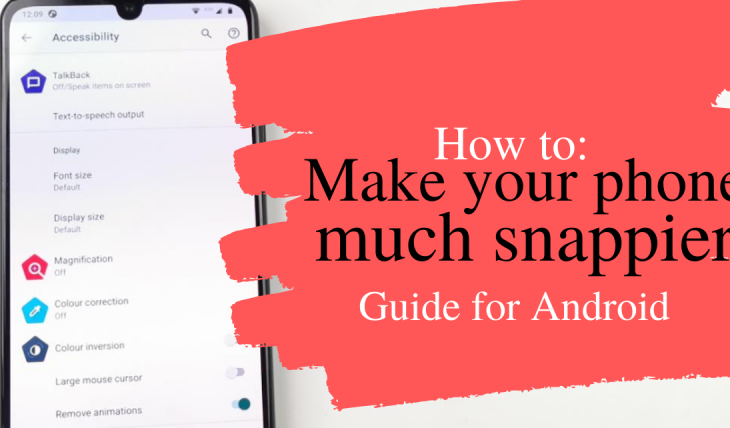 How fast the navigation speed is on your phone depends on what model you have – and how expensive it is. The general rule is that expensive phones have more powerful chipset than the cheaper ones.

But no matter what kind of Android phone you have you can speed up the navigation on your phone by turning of animations – animations slow down the speed when you move from screen to screen and for some stupid reason it’s turned on from the start on all phones.

But you can turn it of very simply.  Go into Settings > Accessibility. Scroll down to ‘Remove animations’. When its turned off you will experience a much snappier phone.

I have shown you how to turn it off on Motorola One Zoom with Android 9 but it works on most Android phones.